LA Wallet is Leading the Nation in Digital Identification 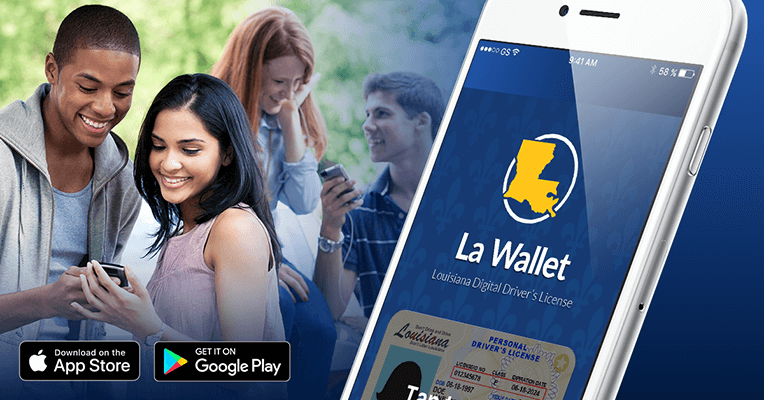 Representative Ted James, Baton Rouge, said “I authored the bill to digitize our Louisiana driver’s licenses in an effort to provide an easier option for our citizens while at the same time complying with our enacted laws to provide proper identification to our public safety officials.” The LA Wallet creators and State Legislatures are exploring additional uses of this technology, such as acceptance by all Louisiana law enforcement, use in other states, and adoption by the TSA as a REAL ID-compliant license.

Although these provisions may take some time to be fully adopted, Rep. Ted James said, “Since we are the first state to enact a bill of this kind, this is a big step, not only for Louisiana but for the country.”

LA Wallet was created by the Louisiana based software company Envoc, and all developers who worked on the project are Louisiana graduates. To ensure the app’s integrity, Envoc tapped a third-party cyber security company, Ballast Cyber & Tech, to evaluate LA Wallet from every angle. Detailed quality assurance and rigorous testing by both companies ensured LA Wallet’s security passed all inspections.

Brandon Reeves, Founder & CEO Ballast, states, “We have tested the La Wallet application developed by Envoc and found it to be developed in a manner consistent with generally acceptable security practices for application and security management processes." Envoc worked closely with law enforcement and state officials to cover procedure and
understand the law to ensure the app met all legal requirements. For instance, Louisiana law enforcement challenged the app development team by mandating a “hands-off” requirement where the citizen’s phone would not be handled by the law enforcement officer. Further, the app would not require additional equipment to be purchased.

“The validation seal overlay, activated when a citizen presses the screen, provided an intuitive way for law enforcement to confirm the validity of the digital driver’s license while staying ‘hands-off,’” said Kyle Joiner, Mobile App Developer at Envoc, “The simplicity of the design is what we hope will fuel widespread adoption.

Please check this page for updates that relate to LA Wallet and quarantine procedures.